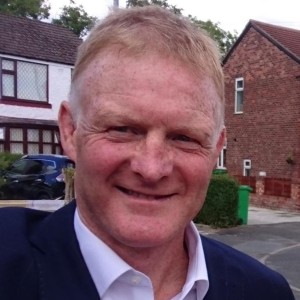 Arriving in the Borders after a long drive, a leg-stretcher and acclimatation was necessary. Where better than the solitude of Thornielee Forest, and a visit to see local legend – Muckle Mou’d Meg.

The Red route is a 4.5km hike soon taking you up hill through the forest. It is a fairly steep climb up a good broad track, the route is straightforward as it criss-crosses the forest road several times. After a little less than 2km you will reach to highest point, where the views to the north across unspoilt Scottish borderland are tremendous.  The terrain was in good condition for my hike, with some of the paths mown and in excellent order, but beware it is a natural path with exposed tree roots and some rough sections. The route is sheltered and generally moderate, but with a steep climb and descent. On a wet day, the terrain would be difficult without walking poles.

At the peak of the climb, Follow the path to the right along a wall for about 500m, then at the marker, head down back into and through the forest.

it is a natural path and very picturesque, with ferns and wild flowers strewn amongst the trees.

Take your time on the descent, as there are some steep and slippy sections. Take plenty of stops to admire the Tweed valley, especially as you emerge from the trees near to the bottom.

You’ll soon be back at the car park, take another look and the Muckle Mou’d Meg carving before you leave, and pay your respects to a woman who’ll always be remembered.

Although she was nae bonny…

When Sir Gideon Murray of Elibank caught Willie Scott rustling cattle, he saw an opportunity to offload Meg with the muckle mouth, the ugliest of his many daughters.

Stuck in the middle of a 17th century Borders feud between the Harden-Scotts and the Murrays of Ellibank, and only after Lady Murray intervened, Willie was offered Megs’ hand in marriage as an alternative to the gallows – “Wed or Dead?” was young Willies call.

Despite her muckle features, Meg had a beautiful disposition, and history tells us that William overcame his initial regrets and that they both enjoyed a loving union, full of happiness and respect.

Scottish poet James Hogg wrote in his ballad, “The Fray of Ellibank” – “Her nature was generous, gentle and free,”

In 1999 a carved statue was erected at Thornielee, overlooking the turrets of Meg’s ancestral home across the Tweed valley. It shows the couple together, happily enthralled in a wedding reel. The Borders artist Rob Taylor decided that Muckle Mou’d may not have been as ugly as Hogg had suggested and, despite a rather large mouth, that her beauty shone through. We felt privileged on this beautiful day to be “out on the hill”, alone in the Borders hills. We drove east down the Tweed valley Cardrona & Gypsy Glen mountain biking is off the beaten track, away from the 7Stanes trail centres of Glentress & Innerleithen.